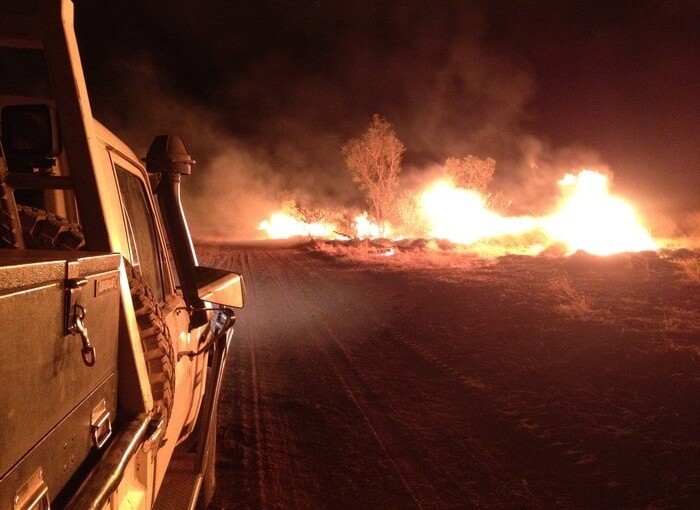 Arrived home late last night after a 7 hour drive from Darwin airport….dropping the kids off to go back to school.

Woke up this morning and opened the blind to see black everywhere over the fence. The paddock in front of our little travelling home was all burnt out. I thought that there must have been back burning while we were away as the fires have been burning all around us lately. But after speaking with one of the fencers, the fire had started on its own, only about half an hour after we had left to go to Darwin.

He said an ember must have floated over into the paddock from the other fires or jumped over a fire break somewhere. Within an hour the hay shed went up in flames with about $20,000 worth of hay in it, the whole paddock around it went up in flames and the corner of the homestead was on fire.